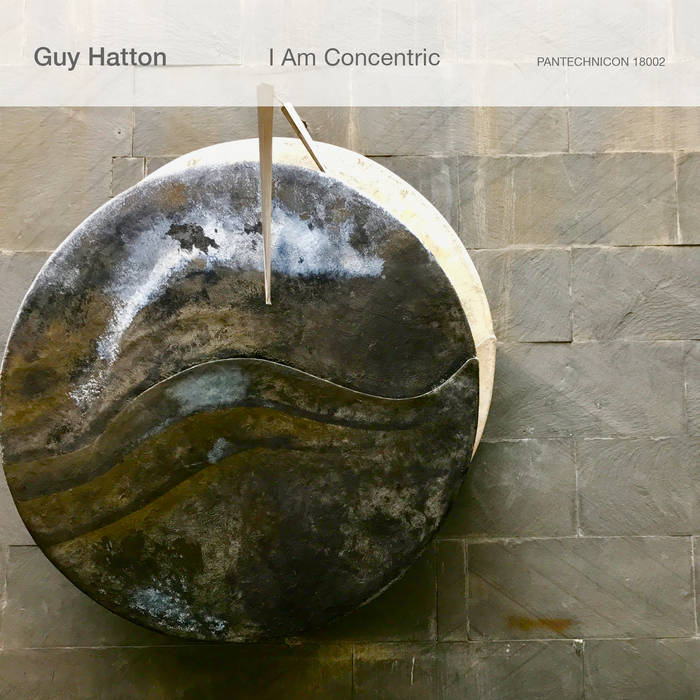 sumbuk This is a set of 5 extended pieces designed to be played as one complete work. There are no breaks, as such, between sections. The third section is the most rock oriented, the rest being more of an electric fusion style. Mr. Hatton has produced a superb bit of ear candy here. In truth, all his stuff is pretty good, but this is perhaps his best; IMO, anyway. YMMV. :-)

Carsten Pieper Hats off to Vyacheslav Potapov for this amazing find in his collection!
The extensive liner describe each of the 5 parts of this "suite" in detail. so you can have a look of what to expect. Electric jazz, instrumental prog rock with heart, brain and soul.
Noteworthy contributions by The Tangent's Andy Tillison (keyboards) and Philip Meadows (saxes). Favorite track: Nitrogen Neck.

Back in 2016, Guy Hatton released a mini-album entitled “Switch On Your Electric Light” which introduced the idea of a continuous piece of work in which the individual compositions were written, recorded and largely mixed in the order in which they appear on the album, the whole project gradually growing from beginning to end, from blank canvas to completed picture. This approach was also applied to 2017’s “Feedback Alley”, and is now also to be found on this recording, “I Am Concentric”. The record is intended to be treated as a single, integrated piece in which each distinct “song” is just one part of the whole.

The first part, “I Am Concentric”, opens with a high bell and gurgling synthesiser arpeggios before a Philip Glass-like combination of organs, chattering percussion, strings, brass and woodwinds leads us towards Salvador Dali’s explanatory statement: “It’s true I am eccentric, but in the same time, I am CONCENTRIC”. This gives way to electric piano and synth stating the primary melody, swiftly followed by a heavily pitch-shifted solo by Phil Meadows on soprano saxophone, deftly interweaving funk and more abstract melodic statements. Eventually we hear the full written melody, complete with its riff-laden B section, and this then makes way for a floating string melody layered over a funky bossa nova-inflected rhythm (but still retaining the 7/4 meter), after which Hatton’s guitar takes the lead, toying with the D minor tonality, before the main theme returns. That’s not all, though, as the organs and woodwinds provide an intricate tail-out.

“Hollow Road” rises slowly from the smouldering embers of the previous piece. Driven by a four-note guitar motif, reminiscent of “Shine On You Crazy Diamond” but outlining an ambiguous F major/minor harmony, it features a simple but haunting melody on the characteristic guitar/synthesiser combination. This is followed by a guitar solo that skirts around the clean/crunchy tonal border, after which the F major tonality temporarily gains precedence, a flute melody takes the lead and a brief synthesiser solo pushes us back towards the theme. The run-out holds a surprise as the ambient street sounds suddenly intrude just as the piece is coming to an end.

The introduction to “Nitrogen Neck” brings together crashing synths and eerie choral and synthetic textures which lead in turn to the most obviously rock-inspired piece so far, with a heavy backbeat and clanky Rickenbacker bass. The structure of the piece is loosely based on a modified but somewhat disguised 16-bar blues form, and the addition of a more harmonically-divergent bridge section. Once again, the guitar and synthesiser take the lead, moving from unison to harmony and back again. The guitar solo is a pure high-gain rock’n’roll declaration, and is followed in turn by Andy Tillison’s scuttling Hammond organ adding to the full-on high-energy atmosphere. This eventually breaks down to allow tremolo strings to hover menacingly before opening up into a joyous string interlude underpinned by a throbbing synth bassline. The main theme returns, and is extended by way of a riffing 7-piece brass section. The track finally descends into chaos.

Out of the mayhem that is the final moments of “Nitrogen Neck” comes a single long note which heralds the arrival of the calmest and most haunting part of the album: “Flurries”. The introduction progresses unhurriedly through a slow-moving string melody, then the bass enters in anticipation of the statement of the main theme. This explores three variations on the same basic material, using different patterns of harmonic and melodic tension and release, followed by a bridge which briefly veers towards a more hopeful major tonality before a final variation of the first theme. The rhythm section picks up a steady pulse as the strings return, joined this time by a Mellotron and insistent piano arpeggios, but this collapses again into the guitar solo, which winds its way melodically through the whole chordal structure of the composition accompanied for the most part by a stripped-down electric piano/bass/drums rhythm section. Phil Meadows’s alto saxophone takes up the melodic standard, also playing a full chorus as the accompaniment again picks up momentum, before we are presented with a recapitulation of the theme, this time with the addition of a spacey echoed guitar which slides in and out of focus in between phrases.

The last note of “Flurries” is also the first note of the final section, “Crystal Ball Miranda”. The “space guitar” from “Flurries” is now more prominent with its plaintive Bb ringing out over a pulsating drone in F. Over this we hear a stretchy synth riff before the rhythm section crashes in with a solid 6/8 beat. Hatton’s guitar takes the lead, guiding us towards a brooding string section and a punchy synth/guitar riff which lays the foundations for the main theme. Various guitars, synthesisers and strings present what is probably the most uplifting melody of the whole record, performed twice before leading to Andy Tillison’s exquisitely-crafted synthesiser solo and organ accompaniment, blending strong thematic motifs with freer improvisation to create a distinctive section all of its own. A linking passage connects this to Hatton’s more free-form solo with its jazz-influenced harmonic alterations. Next up is a restatement of the main theme, but we are still not done. Echoing the structure of the introduction, the guitar once again comes to the front, and the strings also reappear, this time with the addition of a French horn melody and a brief woodwind interlude. The re-entry of the rhythm section heralds a powerful brass statement divided between trumpets, trombones and the Prophet 5 synthesiser. This begins to fade out, but as it does, it reveals yet another layer - this time based around two vibraphones, Synclavier, low strings and cor anglais, which carries us to the actual conclusion, marked once again by the voice of Dali.

Recorded between September 2017 and November 2018
at PANTECHNICON Labs, Rochester, UK, and at contributors’
own facilities. Produced, engineered and mixed by Guy Hatton.

Bandcamp Daily  your guide to the world of Bandcamp

Featuring Plunky of Oneness of Juju and Coldcut & the Keleketla! crew.